Here is an update for the 2023 season, from your President,
"His Handsome-ness", Arlan Marrs (posted January 12)

Welcome to your 2023 League. The board has been working on changes  for the 2023 season.  I want to let you know what we are planning for this year. Give me your questions, and feedback before we finalize these changes.

1- Dues will increase to $200 for renewals and $220 for new memberships.  This will include the $10 hole in one fee, and your GHIN registration, which the CGA has increased this year.  This increase will allow us to put more money back into the tournaments for food, drink, and payouts.

A- Membership sign-up will use the same EMS online signup we use for tournaments.

2- Change the Handicap Index breaks for the flights.

A- The Black flight will increase to 5.9 and below

C-  Blue Flight 12 to 19.9    We may Narrow this flight down so more players are in the Gold and White flights

The proposed format will change to a points system based on Participation in Tournaments and Performance in Thursday play.  The points system will be the same as the shootout points, but will be for all play up to September 1st.

The reasons for this change are.

B -  By earning points until September, Thursday play will continue to be important.

C-   By using the points system the Club Champion will be from players that have Participated in the club tournaments and have performed well in Thursday play.

D-   In past years it has been difficult to get 40 players for the tournament.  With this format we will have 32 players, the top point earners in each flight for day one, and 16 players for day two.

4-  The Tournament schedule will have one tournament each month.  The final schedule dates will be out soon.

5-  Tony Kot has a plan to improve Pace of Play  details will follow. 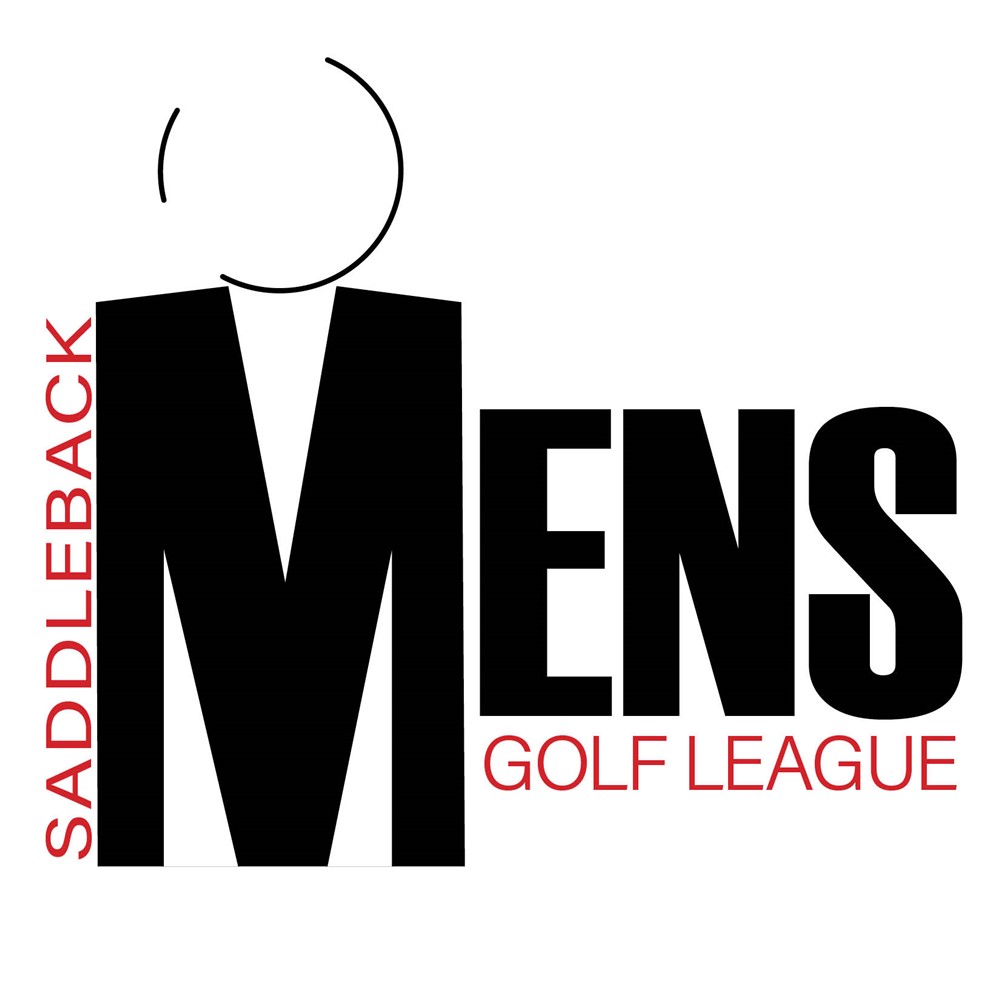 We will post registration link(s) here
as tourneys become available 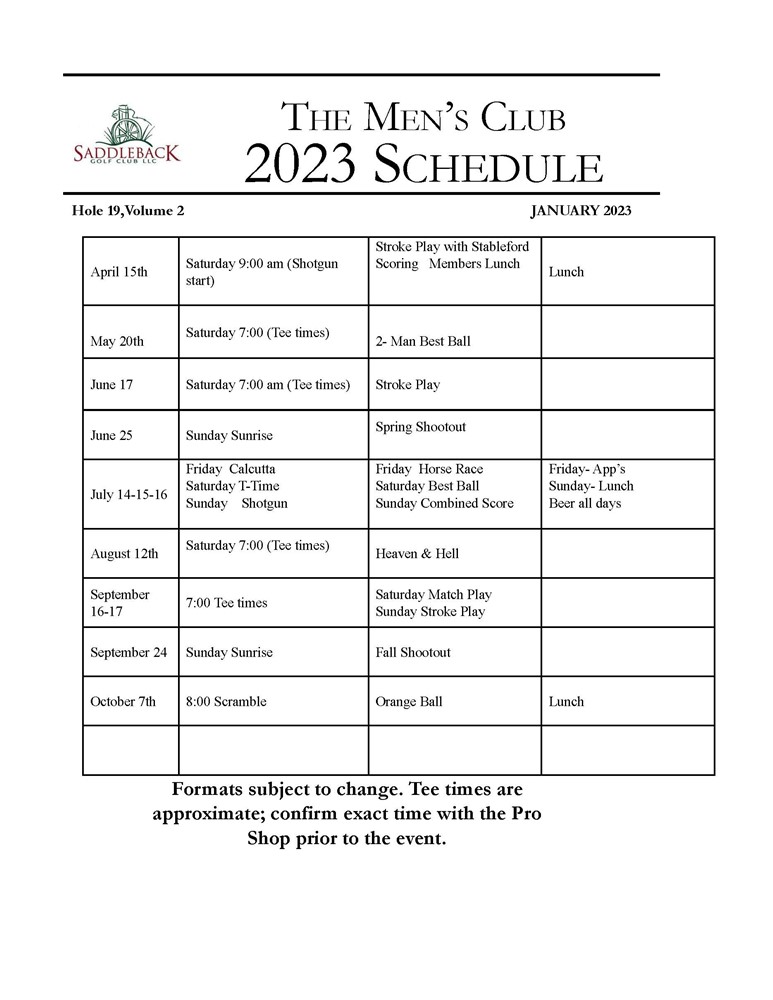 LEAGUE INFO
everyone should know

The money for GHIN goes to the CGA to register your GHIN number.
The rest of the money goes to pay for operating costs of the Men’s Club and paying for
drinks and food at some of the tournaments.
Also, the Men’s Club adds money to the payouts for some of the tournaments and buys the
trophies for the Championship. Members must pay for Tournaments and Thursday play
in order to win skins and placement monies. If you do not pay to play in the event, then
your score(s) will not be sent to CGA and there is no chance to win any money.

Easier for you, easier for our counter!

We will have each MC tourney available on Saddlebacks Mens Club online store.
Pass Holders and Employees will have to sign up at the Pro Shop

Thursday league play is all day (given you are playing with another member).

There are two games played each Thursday.
An entry fee of $5 is mandatory for the Thursday tournament to be a participant.
An optional Skins play (Gross and Net) is available for a $10 entry.
Skins entry is for both Gross & Net

Gross skins is based on your score for each hole.
If you receive a birdie on ahole and no one else in your flight does, you win a skin.
If you have a birdie on a hole and someone else has a birdie on the same hole,
THAT skin is then “covered up” and becomes a wash.
One tie all tie.

Net skins wins are the same as Gross skins
except your handicap is applied to the holes played.

Stroke Play- “You verses the field”.
You are playing against all other members in your flight,
your cumulative score will be used at the end of your round

Match Play- “You verses your opponent”
This playing field is much smaller,
typically just you against one other opponent

How about some Thursday play (anytime?)
...not just a block of t-times that may or may not work for you!

How about a competitive field from 3 sets of t-boxes?
GOLD, BLUE, and WHITE

How about 11 weekend tournaments throughout the 2020 season?